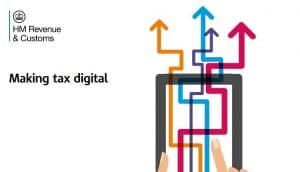 HMRC’s move to digital accounting is without doubt the biggest shake-up to the tax industry in a generation – yet many bookkeepers and most people who file tax returns remain unaware of the changes and what their implications are.

So how will making tax digital affect bookkeepers – and what do you need to tell your clients?

‘Making tax digital is effectively HMRC ensuring that tax accounting finally moves into the 21st century,’ says Brian Palmer, Tax Policy Adviser at AAT. ‘The clearest comparison is with online banking; it’s moving tax into an environment where you can see tax information in real time.’

The most significant element of the changes will be the introduction of quarterly reporting. ‘There are two aspects,’ says Palmer; making tax digital for individuals (MTDi) and making tax digital for businesses (MTDfB). ‘Essentially, the idea is for HMRC to be able to collate information from third parties electronically without, in the long run, taxpayers needing to do a tax return.’ HMRC’s aim is that by 2020 ‘people with straightforward incomes will only need to log onto their personal tax account and verify that HMRC have got the information they need.’

That goal is still some time away, but for most businesses, the move to quarterly reporting is just around the corner – the rollout begins next April. Despite this timescale, there is still confusion about how extensive the changes will be. ‘Originally HMRC wanted everybody to capture and store all purchase and expense invoices digitally; but they have stepped back from that requirement and now are just asking for transactions to be recorded using the MTD-compliant software,’ Palmer explains. ‘If clients wish they will still be able to handle, issue and store paper documents. HMRC just requires that they do their bookkeeping electronically.’

The second question mark was over whether spreadsheets would still be allowed; ‘in fact they will still be acceptable, and as bookkeeper you will just need to link your spreadsheet data with HMRC’s systems using an MTD-compliant interface.’

Why are HMRC making these changes? The impetus is largely to do with wanting to address the tax gap (the amount of tax HMRC estimates goes uncollected), which is believed to be costing an astonishing £36bn a year. ‘£9.1bn of that is estimated to be due to error,’ Palmer says. Not fraud, he is at pains to point out; ‘simply mistakes by small businesses in their record keeping.’ HMRC believe that moving to quarterly reporting will ensure the data capture has more integrity, and this is hoped to reduce the tax gap by almost £1bn a year over time.

For Jo McAllister, a bookkeeper with a range of self-employed clients and small businesses, there is a need for clarity from HMRC about what’s expected – and reassurance that micro-businesses and sole traders won’t be handed additional burdens in order to be compliant. ‘None of my clients do their records electronically; they use paperwork, I do the spreadsheets and we file once a year towards the deadline. I think there will be considerable anxiety around having to file quarterly,’ McAllister says. ‘We need to know if this will affect everyone, because for sole traders – hairdressers, cleaners, child minders – this will be quite a challenge.’ For McAllister, ‘there needs to be specific communication from HMRC, with plenty of warning. If it’s arriving next April, it’s hard for bookkeepers to instil confidence in their clients if they don’t know exactly what is required.’

The changes may present opportunities for bookkeepers, because small businesses who currently file their own accounts might decide that quarterly is too complex and instead will turn to a bookkeeper. But McAllister does not believe the move away from the January spike will especially help spread her work over the year. ‘Currently I’m very busy in December, January and February because people don’t have their records ready. To be doing that four times a year – that means more pressure because there are more deadlines. You have four crisis moments instead of one!’

There’s one final sting in the tail – quarterly reporting will actually mean five filings a year, not four. ‘To ease the need to have records kept up to date, quarterly returns will not have to be 100% accurate,’ Brian Palmer says. ‘Prepayments and accruals for example may not make their way into the data in time – so to take that into account there will be a fifth and final return 10 months after the end of the accounting period, to balance the books.’

Ultimately, will going digital make life harder for bookkeepers, or easier? ‘It will make it different,’ Jo McAllister says. ‘Again, we need clarity from HMRC about what kind of filing system they want us to use. Will I have to buy new software? In which case I’ll have to pass that cost on. If I do need new software, I need to be buying it sooner rather than later so I am familiar with it. But, I don’t want to commit to that if I don’t need to. Bookkeepers need to know for sure – and they need to know soon.’

Factfile: When will the changes come in?

Note 1: ‘On-boarding’ means ‘begin filing quarterly returns using MTD software. Your first quarterly filing may be later than these dates depending on your financial year end.

Note 2: The above is designed to be information that bookkeepers need to know, and pass on to their clients, and is accurate at the time of writing. More information from HMRC is likely to be forthcoming over the next few months.

Mark Blayney Stuart is Business Journalist of the Year, Wales Media Awards 2017 and Former Head of Research at the Chartered Institute of Marketing.

There are no comments yet, but you can be the first